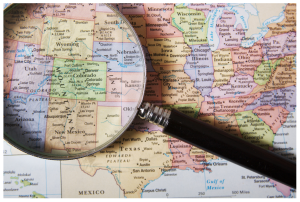 In an age of information abundance, we have to make choices of where to place our time, attention, and talents. Guided by media framing, our attention is often captivated, even isolated to, national politics instead of our home communities. From November to present day, we’ve been inundated from the top of the ticket – the national elections, the Georgia runoff, a potential government shutdown, imperiled relief efforts, and a raging global pandemic. However, behind all of these stories is the story of a nation of 50 parts.

Instead of looking for the overview, we shouldn’t be afraid to dig into the details and come to know and understand our states. Despite the national noise,  we cannot forget a central tenet of our political reality – politics are, fundamentally, local. It’s time to refocus.

Using FastDemocracy’s search tools, we know that since 2015, Congress has passed and presidents have signed 871 pieces of legislation. In the meantime, state legislatures have passed and governors have signed 100,296 pieces of legislation. State governments tax residents, build roads, fund schools, reform criminal justice systems, run elections and more. Each State legislature has between 60-400 members compared to 435 federal congressmen and 100 senators. If we compared their activity, state legislatures pass 115 times more legislation than the federal government.

From January to July, almost every state will gear up again to pass legislation against the same political backdrop as that of the federal government. If our attention remains focused at the top, we will miss the moving parts that make up our national fabric. To do that, we need to stay informed. That doesn’t have to be hard with a tool like FastDemocracy. Sign up, access your free account, and stay informed. We can choose to sharpen our focus and lead our political lives as we do our personal ones, closer to home.